The weekly blog item for fans of rust and nostalgia – welcome.

Once again it’s a rusty piece of Ford history, from 1966 this time (MRA835D currently there is no listing on the DVLA database https://vehicleenquiry.service.gov.uk/ConfirmVehicle):

Some brave person has already decided that this is the car for them as it is now listed as sold. The amount of rust in this one really does cause me to pause and praise nostalgia for all it is worth. 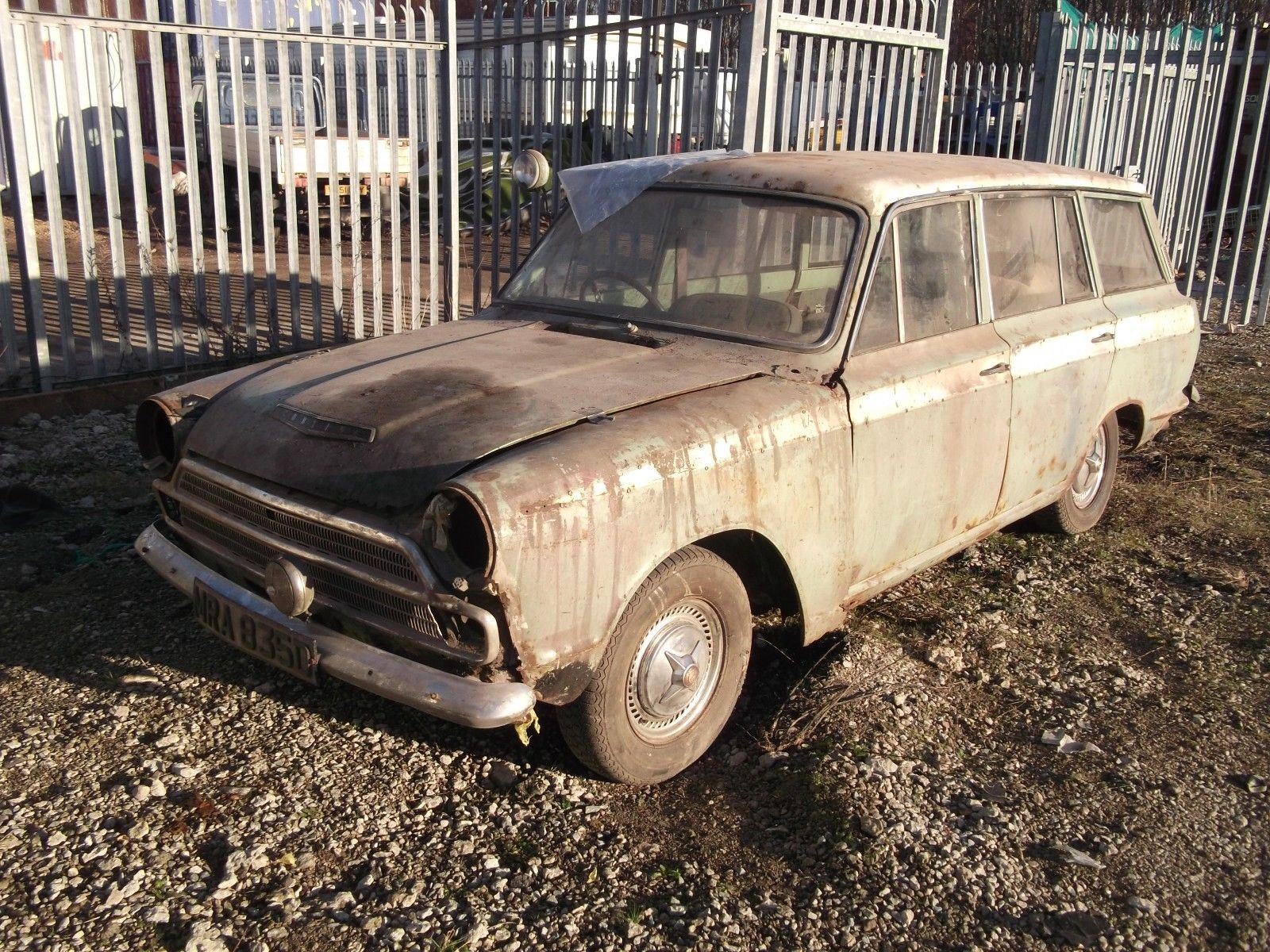 Looking at this the front wing appears to be attached by gravity and there are signs of corrosion in the front, in the roof, in the sill, in the wheel arch…

It’s registered in July 1966 and according to the advert has done only 60,000 miles since then.

I do like the single spotlight attached to the front bumper and those wheel trims are lovely. 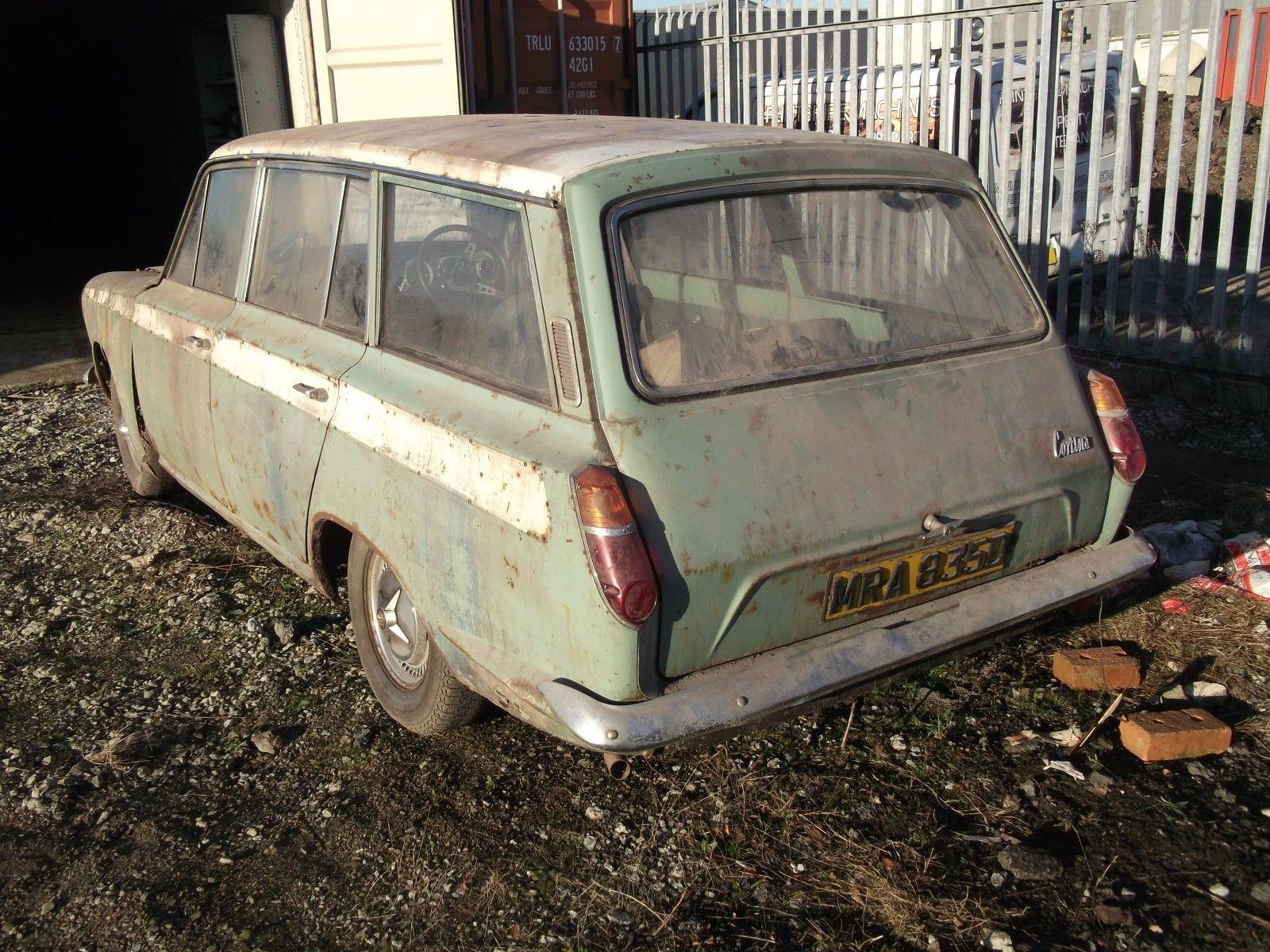 This view confirms that front wing is flapping like busby. The rear presents as just surface rust however. The description confirms why – it has been in poor storage – presumably storage in which water gained fairly frequent access at the front end of the car. How many great cars have been lost like that I wonder? 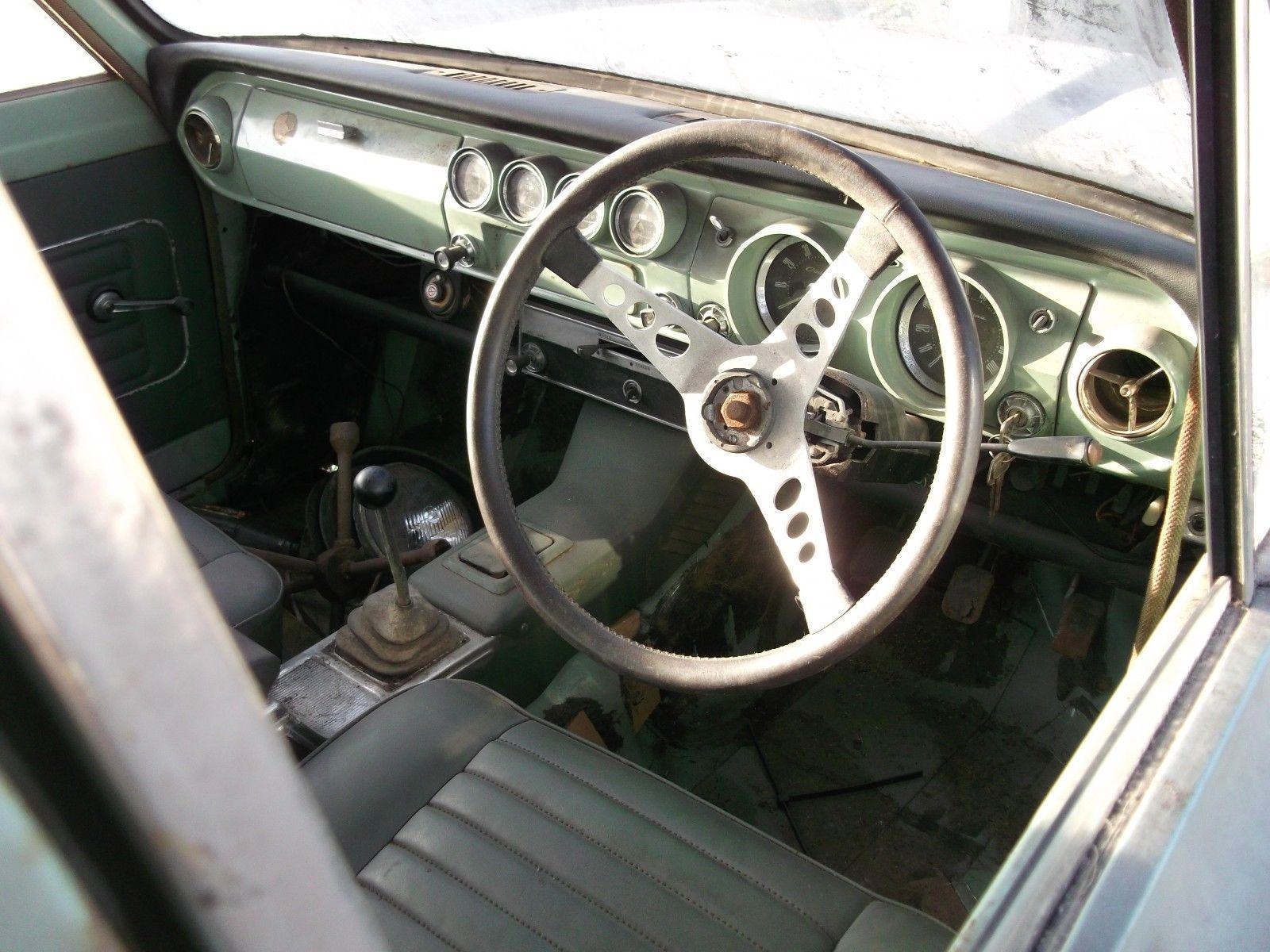 This interior shot gives some idea why you would want it. Hopefully whoever now owns it has the skills to match. The advert states “The interior of this car is in superb, un-touched condition with a patina that you cannot buy new. With only one minor tear on the offside front seat base. The dash has never been to bits and the headlining is perfect. Door cards are good and all the GT bits are present and in excellent condition. There are some factory fitted switches and sockets under the dash, and a factory fitted pillar mounted spot lamp.”

The listing goes to some length to point out that this is a genuine car. This leads me to suspect that there are a few fake MKI Cortina GT Estates out there. This site gives you some guidance on telling the difference:

This site gives a review of the MKI Cortina in general:

There are not many MKI Cortina estates for sale in any spec currently. But looking at the saloon cars a GT spec version seems to add a healthy premium over the standard version.

The history declared is rather interesting: “Believed to be one of 12 or so made for an order in Kenya, which was never completed, so the cars were sold through Ford dealers around the country…” Sadly there is that “believed to be…” so we can’t be certain, but that would certainly make it a very rare beast indeed. 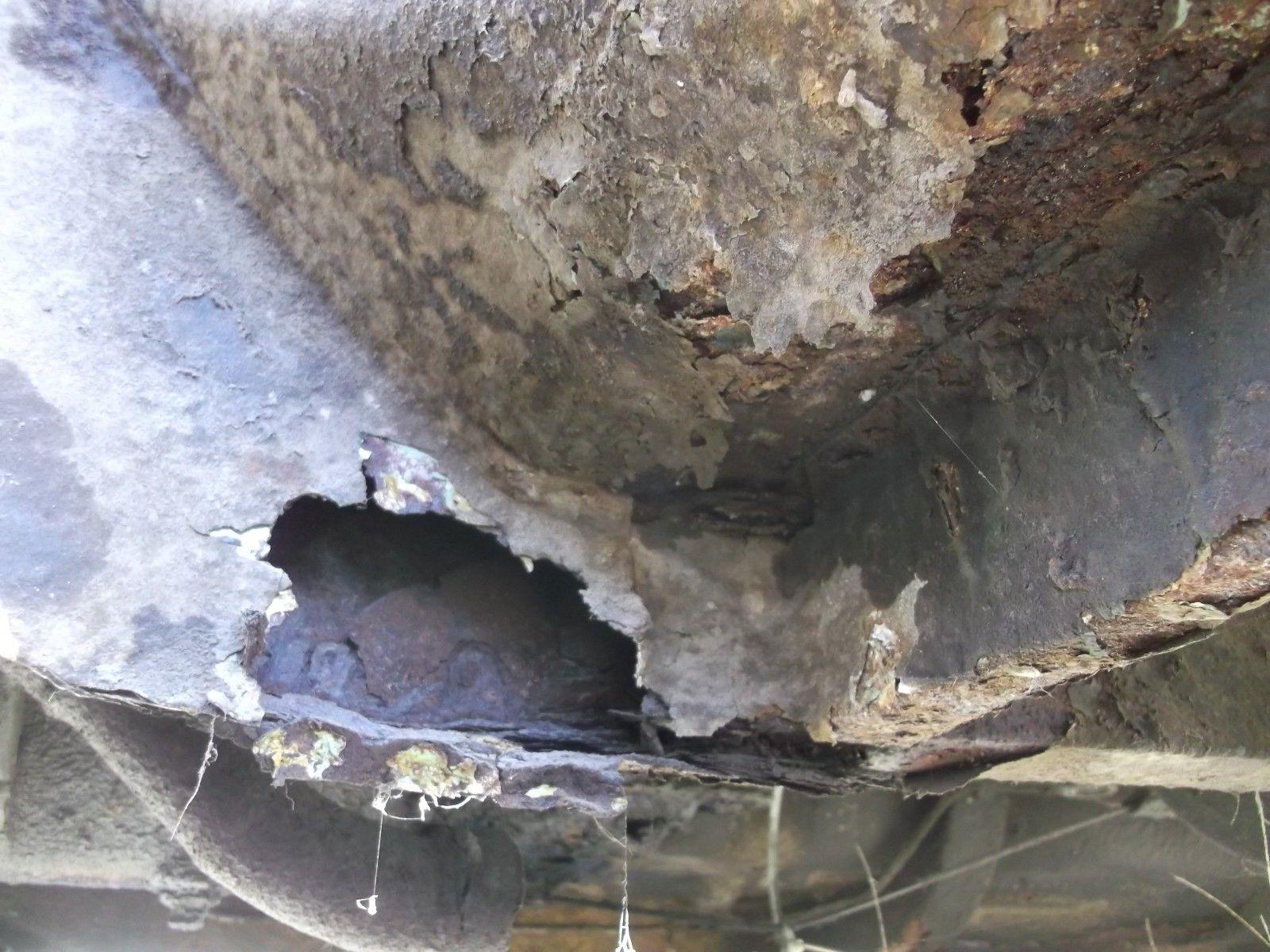 This image is enough to strike dread into the heart of anyone who has wrestled with a welder – and lost. When the advert states that it needs major reconstruction work it is not being short with the truth.

It states “the front end needs major re-construction, with work required to both A posts/ panels, chassis legs/outriggers, sills, heater plenum/bulkhead, offside screen pillar, plus other areas of minor repairs…” 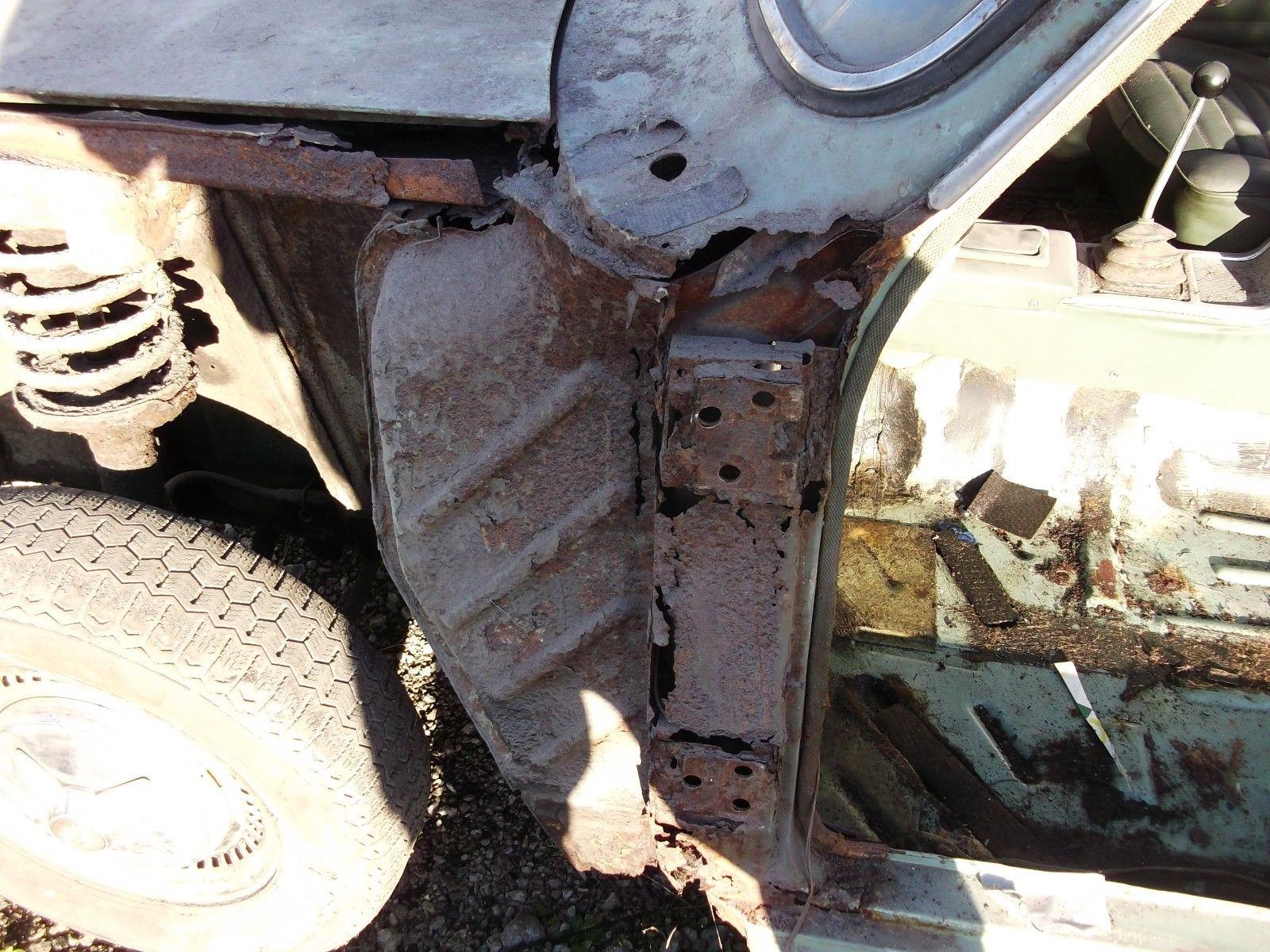 I look at this with the words “where would you start” in the back of my mind. However perhaps the old girl is due for a less venerated fate as the advert states: “all of the GT running gear is original and the 1500 GT engine turns over.” I have a sad suspicion that someone may just re-shell the car and lose part of the history in the process. (Although given what it looks like in the photographs I can’t say I could blame anyone for restoring it that way.) 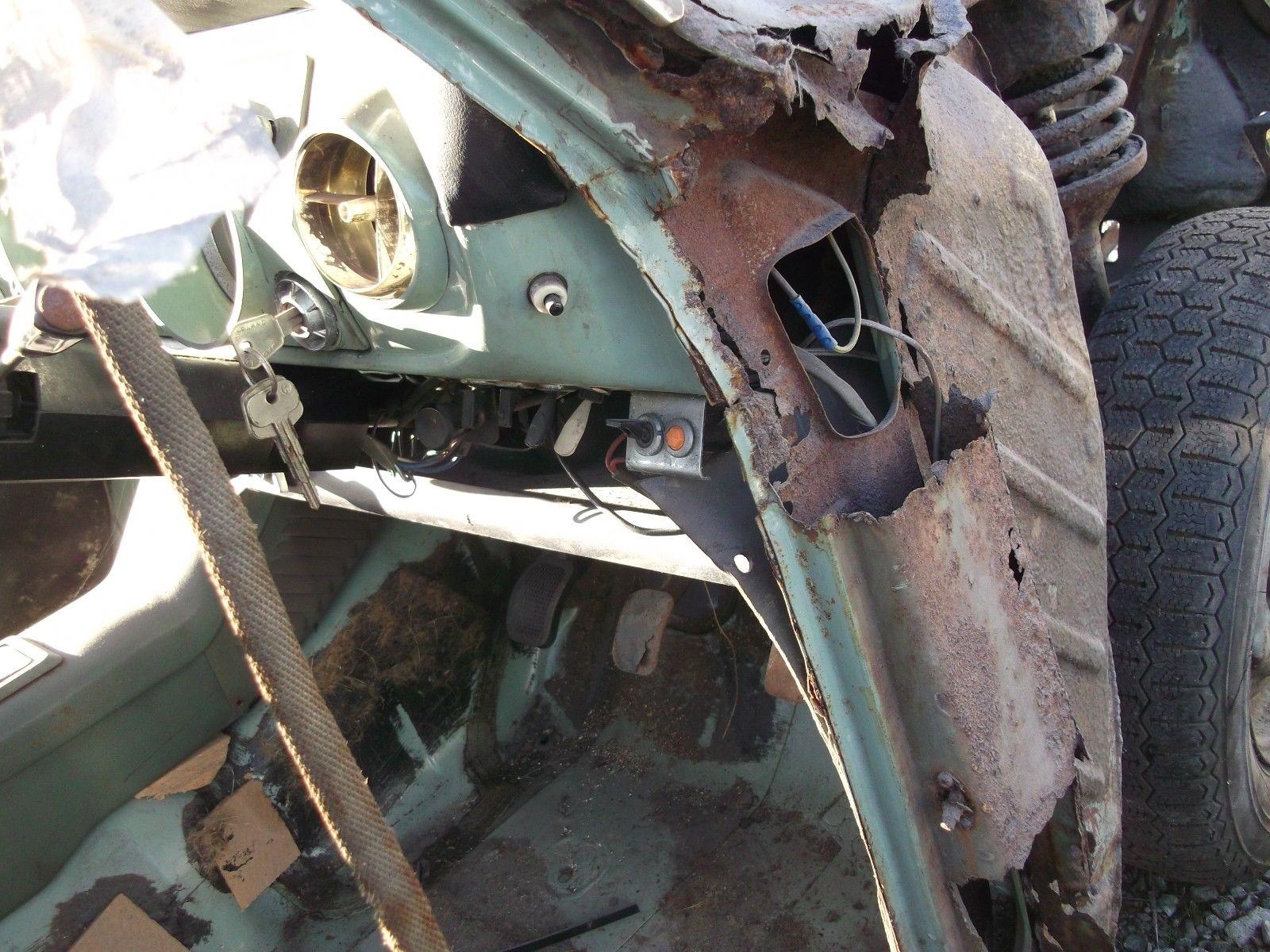 Amazingly the floor pan looks intact in this shot. But the inner wing is history and without a good one to measure from I have no idea how anyone would reconstruct it. 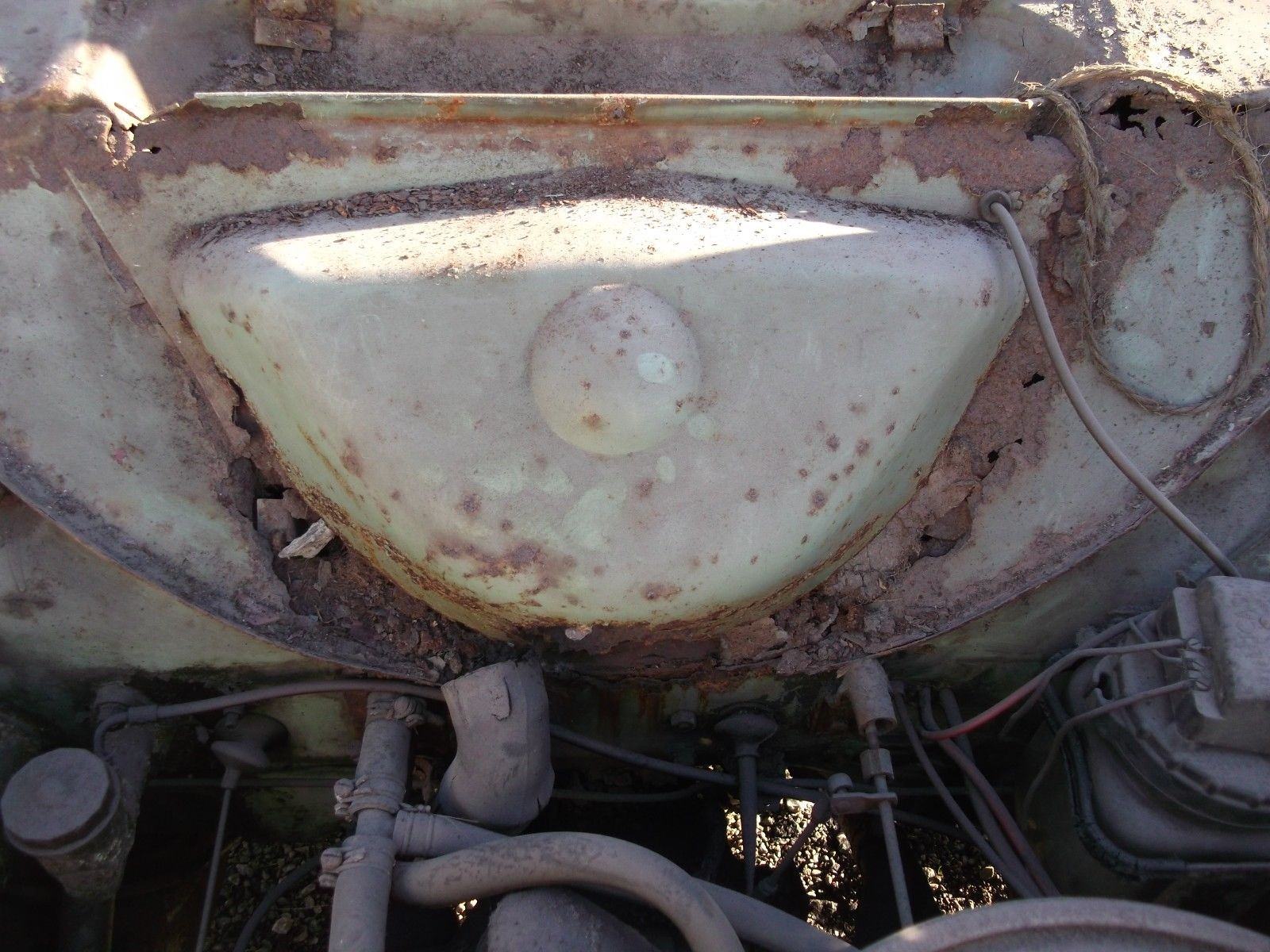 A very shabby looking bulkhead (although compared to some of the other parts of the car this is almost reassuring. There is at least some metal to take measurements from. 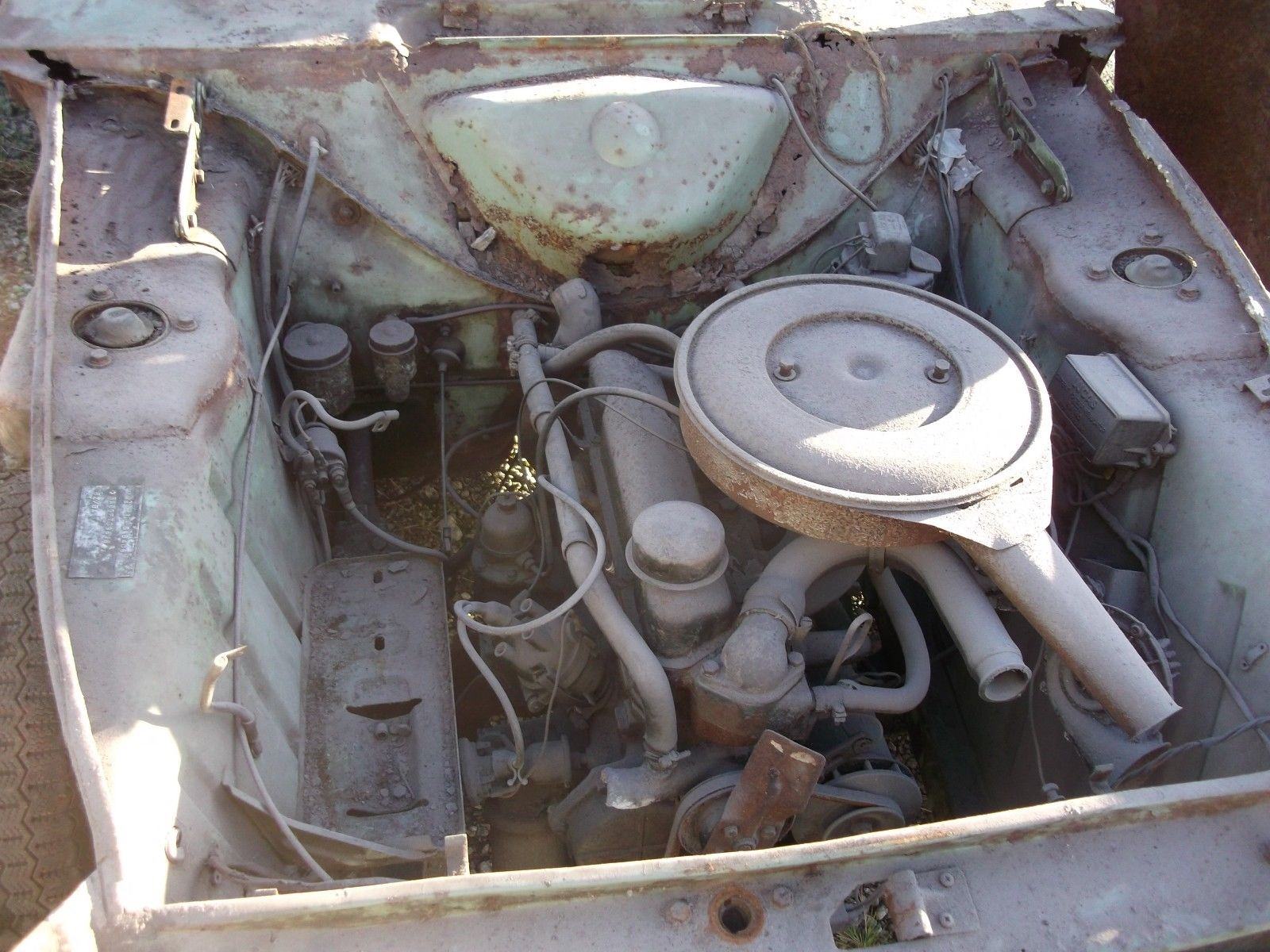 The advert states that “there is not a servo fitted, as it was omitted, in favour of a properly plumbed-in Redex lubrication system (presumably to overcome the poor fuel quality in Kenya)”. Looking at this shot I imagine a servo could be fitted although that Redex system would be a lovely part of the history of the car to retain.

Unsurprisingly both strut tops are showing signs of having been plated before. But at least it means that they still look intact in this photograph. 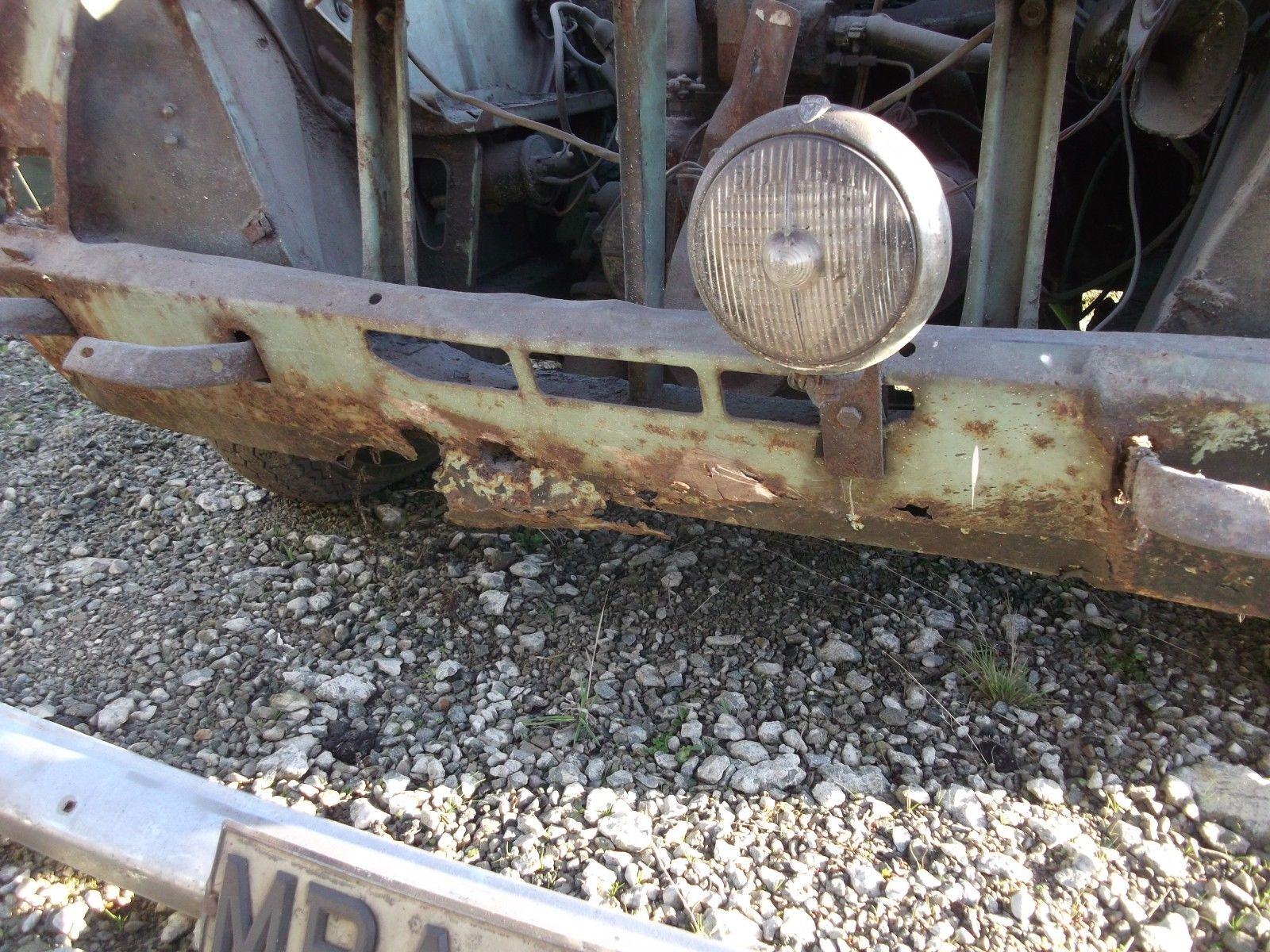 I’m assuming this is the spot lamp referred to in the advert. Unfortunately it seems to be held there by the power of prayer.

A nice touch for this advert is the inclusion of the original log book: 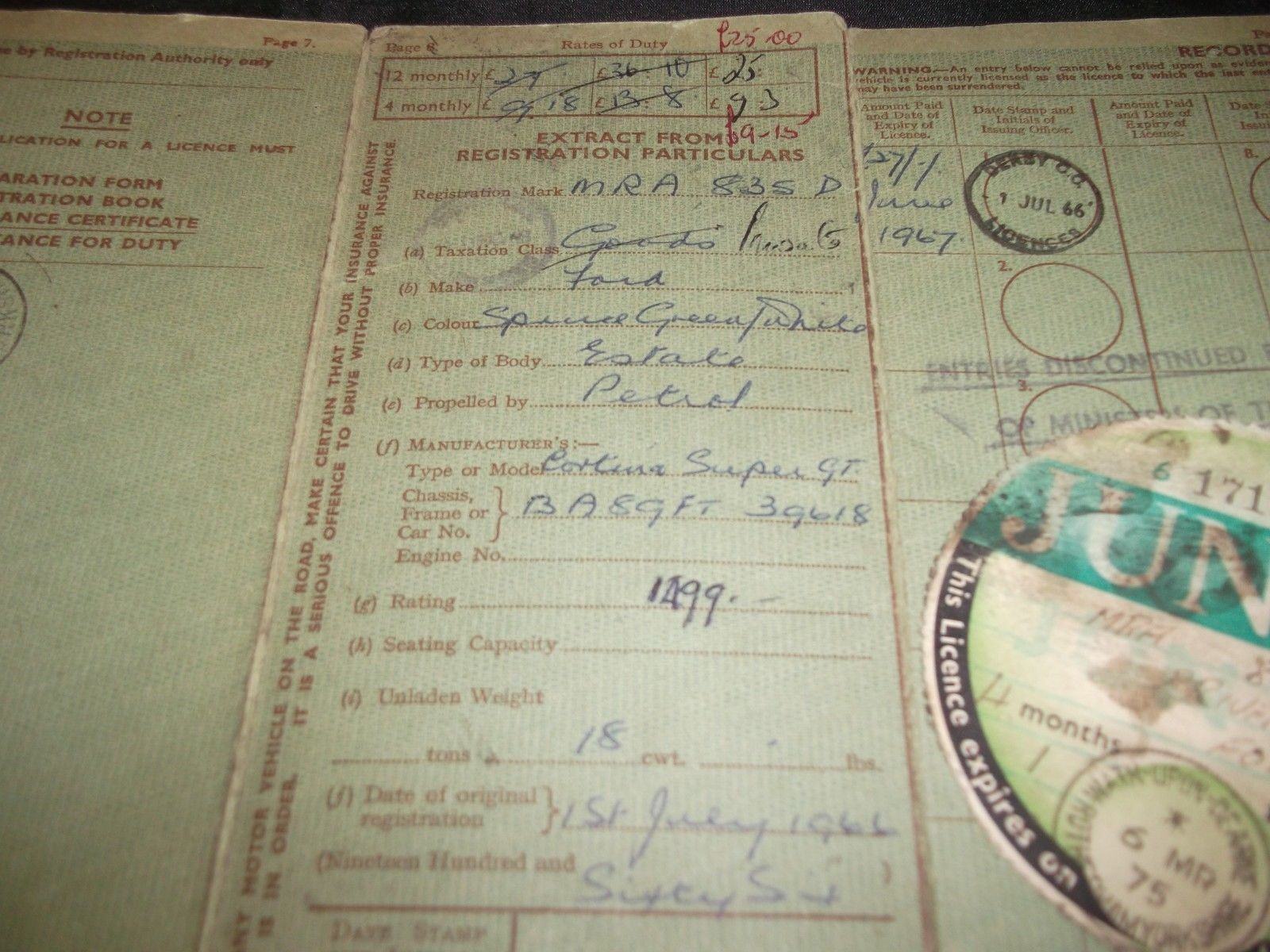 This shows it as a Super GT (which according to Internet sources log books, for other genuine GT cars, sometimes do not show).

The interior still looks lovely as the advert describes and is the main appeal of this car. 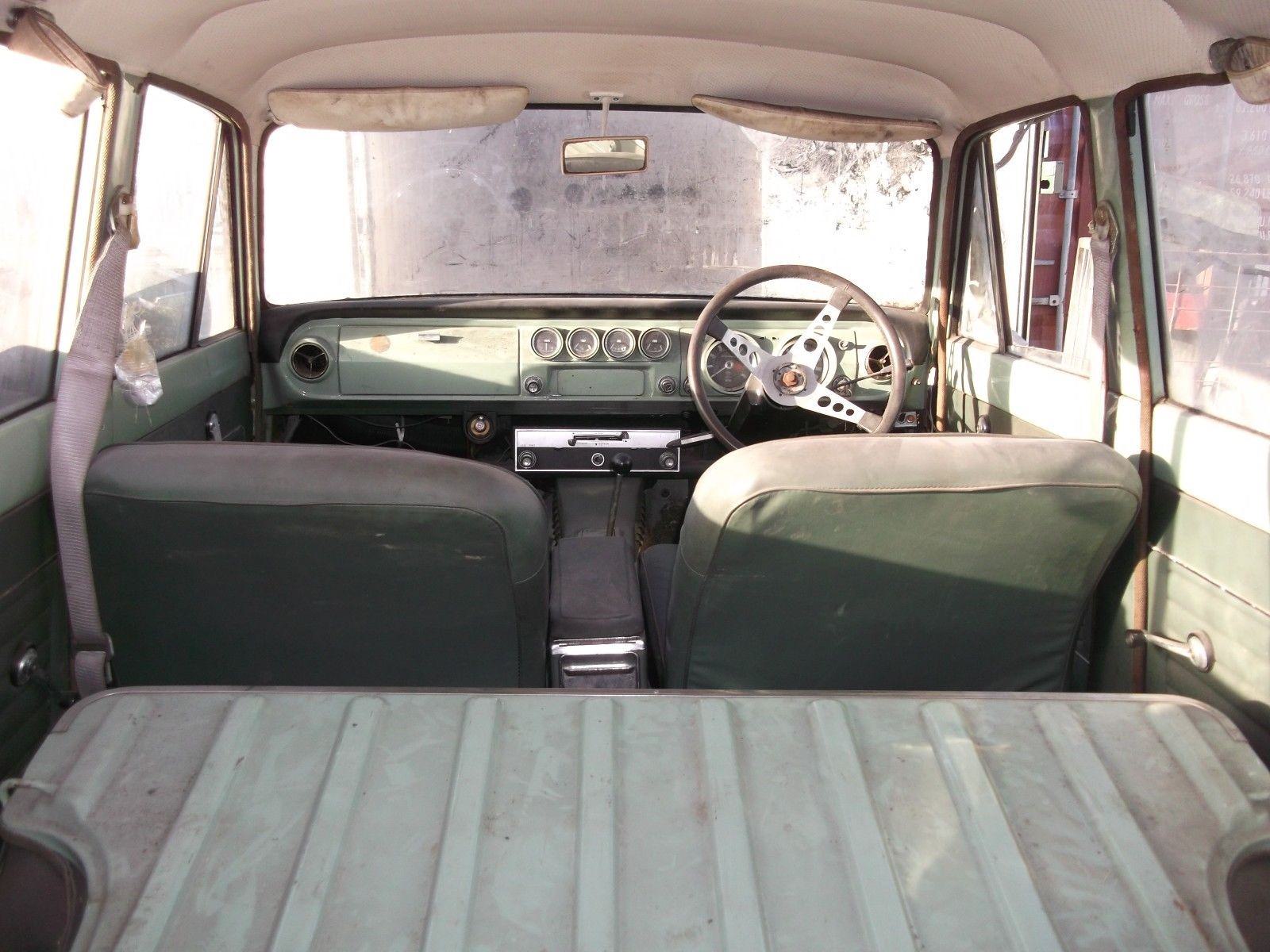 It looks like you could scrub it and get in for a drive from this angle. I particularly like the line of Gauges across the centre of the dash.

This small rip apparently the only sign of interior damage (and I wonder if a skilled man could patch that. 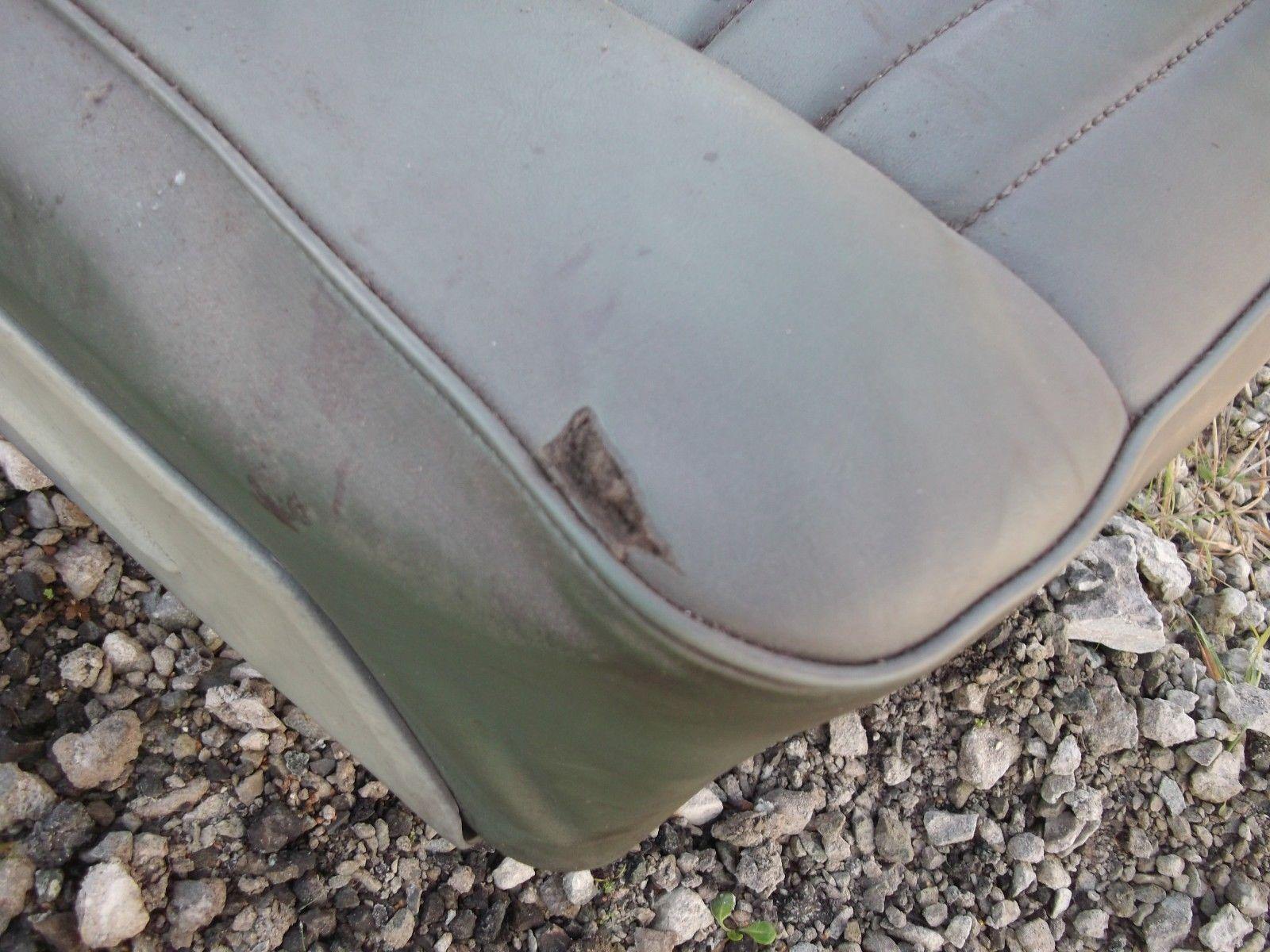 If only it hadn’t been stored so badly…

However I am reassured that someone has already taken it on. If they happen to read this blog please send in some progress shots of how you get on with it.

(Unlike that site, which is about houses, this series of blogs is and will be all about vehicles).