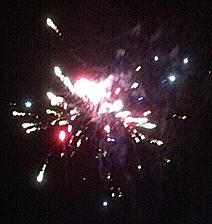 When: 05-11-2016
Where: Grafham Village Hall http://www.grafham.org.uk/villagehallhire
Price: £4 per adult, £2 children (free parking) – sparklers £1 for 5
Tip: take something to light sparklers with.

Amazing the number of places who believe that the gunpowder plot was on November 4th. Maybe my memory isn’t so hot but I thought it went “remember remember the 5th of November.”

I had high hopes of attending Kimbolton this year but it turns out the Catholic attempts at shrugging off Protestant repression occurred a whole day earlier than I thought.

Sadly coincidentally with my seeing a couple of counselling clients. (Who (I imagined) might think it a bit rich if I sloped off to catch a few fireworks).

Anyway so it was the 5th and fight my way into Cambridge (and choose between parking in a dinky car sized space or paying an Ivana Trump style fee for leaving my wheels somewhere).

Alternatively something a bit more local and risk fireworks – the impressiveness of which probably wouldn’t disturb the wildlife much.

And so I saw an advert for fireworks at Grafham (piggin’ close), ample on street parking (free) and £4 entry.

This appealed to every cheapskate aspect of my personality.

Of course it is dark around 11am now and this is profoundly disturbing to a large number of motorists I have discovered.

Therefore I was pleasantly surprised when turning off at Great Staughton that we managed a steady 50mph all the way to the Grafham village turn.

The event is surprisingly well subscribed and we joined a convoy on the access road which culminated in the inevitable car park when we reached the village.

However there was a left turn which had something to do with the church – I figured we had legs. The decision turned out to be a good one as we parked just inside the village limits and were followed by lots of other motorists looking for some gridlock respite.

The walk to the village hall had a frisson of excitement as I had no idea where it was. There was general milling around of tired taller people with excitable smaller ones.

Eventually tagging along with a reasonable sized group of smaller people (at a distance I judged appropriate to avoid Rolf Harris accusations) led us out into a well-lit area. Where people were extracting us from our silver and permitting us access in one motion.

The field was already looking like the early stages of a concert venue and one person was doing a swift trade in packets of sparklers – something I cannot remember playing with since I was myself a smaller person.

These were the ruinous amount of £1 for a packet of 5 (so we got two packets).
I hadn’t thought to bring lighting devices so sidled over to a man who seemed capable of turning multiple sausages at once on a barbecue that the US airforce would have envied.

We got the first sparkler lit but then instead of enjoying it I spent the remaining time anxiously lighting one after the other from it to ensure we had a means of lighting them.

By this stage a healthy queue had developed and given the English love of queues I had to participate.

We were queuing beside the QE2 sized barbecue and heading into a village hall so I had strong hopes of tea.

The queue became porous as greater and greater numbers of people poured in and wanted intimate contact with the bonfire. Only accessible apparently by pushing past those queueing.

The night was perishing windy and I was grateful for the surrounding houses which kept the autumnal blast down to merely finger biting proportions.

After an interval – in which some members of the queue had evolved into other life forms – we got inside the door and saw the queue split in different directions.

There was a sign saying mulled wine – tempting but no mulled wine was off. Later someone went in for mulled wine from the bonfire and I reflected that they really needed to up the volumes – a lot.

There was hotdog, there was soup, there were baked potatoes.

So we opted for hotdog, which on a cold autumn night was frankly delicious in fact I had two of them.

£1 each – another Grafham bargain. Volunteers were friendly and in frank amazement at the level of demand – food shifting at a rate of knots. I reassured them by telling them about the car parking demands and likely consequence for their ability to get out at the end. (I’m noted for my helpfulness).

We emerged at the self-same moment the fireworks began with an enormous clap that should have accompanied the London New Year’s celebrations (and not a small fireworks display in a local village).

It was so exciting that out came the iPhone:

After far too many pictures and fingers turning the shade of whitewash I had to put gloves on again – never thought iPhone gloves would be of any use till this.
It was spectacular so many bangs you could have made a convincing run at the 1812 overture. So many wees and squeals that a room full of piglets with a megaphone would not have outdone it.

Every time that I thought it was at an end another ffft-pow and a great hailstorm of light followed.

And then the silence of the expiry of a few thousand pounds of fireworks.
Followed by much whooping and cheering from the taller persons assembled.
(Smaller persons engaged with various highly-lit toys including some very impressive light-changing light sabres which I really wanted).

So the crowds headed for the exit like some AC/DC concert exodus.

Reason dictated that the tiny village exit road was now swamped with 4x4s and people carriers so we snuck over close to the dying fire.

Just enough heat to warm the face not quite enough for toasty to properly set in.

After a wait that just saw the worst of the crowds dissipate we headed out.
Every road was a trail of red tail lights – it appeared I was going to get to know the best of Radio 4’s evening entertainment.

However the choice of church lane turned out to have been an inadvertent masterstroke.

Somehow we had parked in an area that had quickly cleared of cars.

A quick turn into the village and it was out on the road we came in on. Not only that but 45mph was a reality – despite the obvious darkness. (There is no understanding the brazen guts of people is there).

So home in minutes – feet up with a glass of something – can’t say fairer than that. A top endorsement from me; if you’re in the area next November…