I followed up last week’s “rust in peace” search in the hope of finding something from the UK.

Instead I found another American site (It seems they are so much better at rust in peace than we are currently). Or more prolific with it in any case:

The above article explains some of the author’s nostalgia for cars. He misses something for me. There is something about a car designed to do a job sitting instead slowly mouldering which is very sad and at the same time interesting.

So I decided to follow-up with another YouTube video:

This one wasn’t quite as fetching as last week’s predominantly because of the pace with which it shifts through the cars. It is too Speedy Gonzalez  for me.

This is the list given in the video’s notes. However there must be some missing. I definitely spotted a Jag. I thought I also saw what looked like a Bedford HA van with a camper roof. There are probably more.

There is no clue as to where any of these cars are, (we have to content ourselves with a “Shropshire salvage yard”). Some of them look sufficiently interesting that they might be tempting to a restorer, for the right price anyway.

Delving once again into the overpriced world of historic rust auctions – this week is an odd one. The car does not appear to have sold, despite being relisted at least once.

Compared to some of the auctions we have seen this did not seem overpriced.

For some reason it appears that Morris Minor Saloons are not in demand for restoration now.

In their day the car was no more mundane than a Ford. But we have seen the high prices that classics with a Ford badge now command.

It is sad that apparently Morris does not seem to have the same cachet.

I can find no trace of it being listed again. So it looks like the seller gave up due to lack of interest, or decided to sell it elsewhere.

So they are not immensely valuable, and restoring a bad one can soon absorb all that money. (Think of the time to weld, fill, prime, and ultimately spray a car for example).

It appears that the desirable Morris Minor models are the convertible, van, and pickup. Sadly this is not one of those.

On the upside the seller seems to have a large list of parts (only some of which were listed in the advert).

I seem to remember that these cars are not about to tear the tarmac up at Santa Pod. So the bigger engine the better is probably the answer.

Given the similarity with a Mini engine I wonder whether a 1.3 from a Metro might not be a better choice in fact.

The seller also mentions that there is “2 maybe 3 radiators, a few front grills, spare fibre glass wings, original interior, steel exhaust”. There are some other parts which he hasn’t described here. (Further details are available on request).

So let’s look at her then 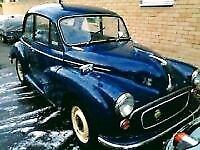 Sadly this is the maximum size image (of the complete car) available. I take it this is from sometime in the past in any case as later pictures seem to indicate that it is now in pieces. 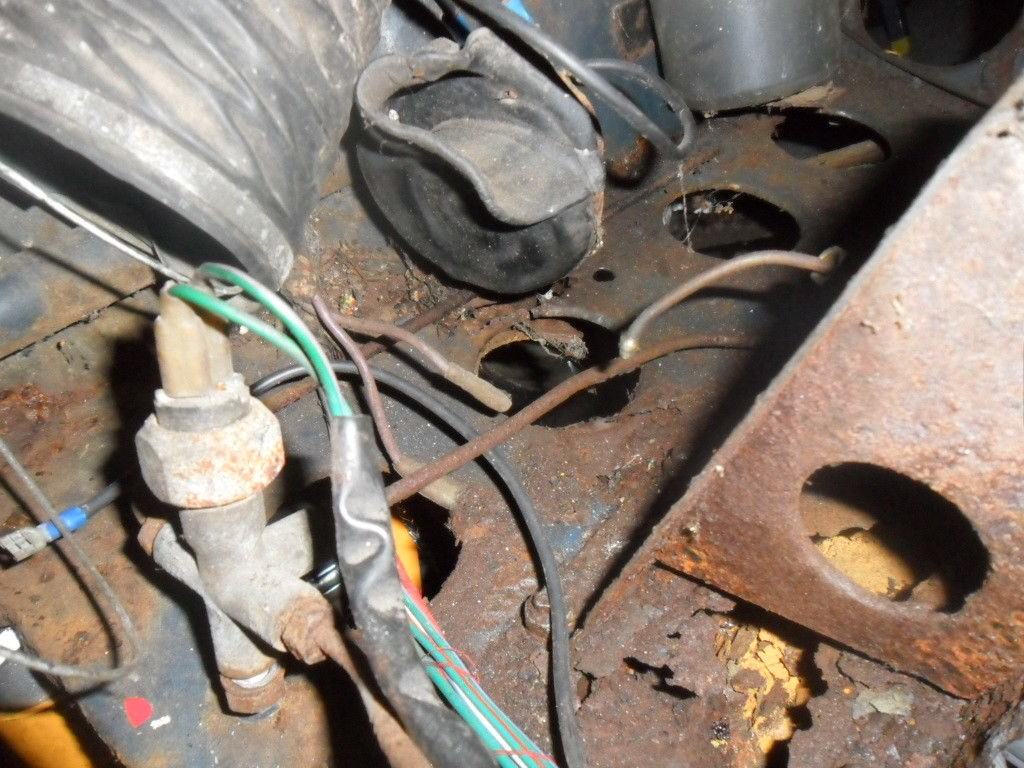 The advert refers to a chassis rebuild being needed. I’m guessing by the brake junction in the foreground that we are looking at the engine bay. As these things go it isn’t as bad as it could be. But it does indicate why the car will need to be “trailered away”.

I’m no Morris genius but there appears to be fairly substantial holes where I’m sure metal should be. So I think a deal of time with a welding set would have been in someone’s future (had there been any interest). 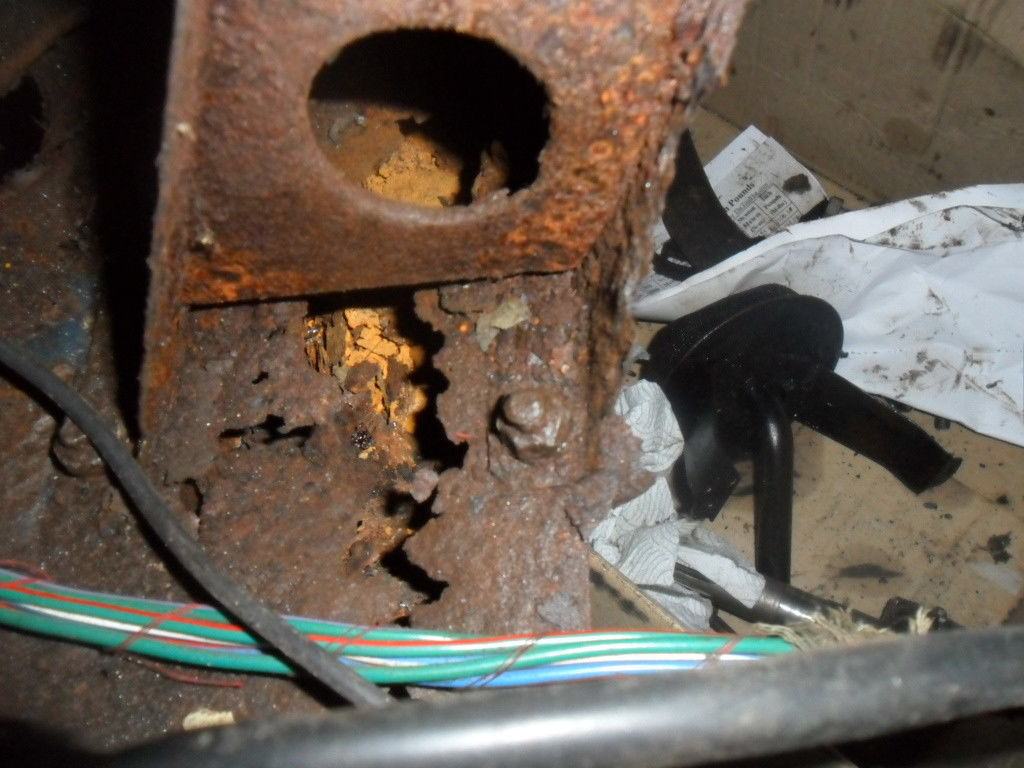 This looks like another close up on a section of chassis with behind it, I’m guessing, a box with engine parts. It looks like an oil pickup pipe from the sump (presumably of this car).

I’m not convinced much of this steel is recoverable looking at it. One hopes that spare chassis sections can be obtained (unless any prospective buyer is also a genius at metal-fabrication work). 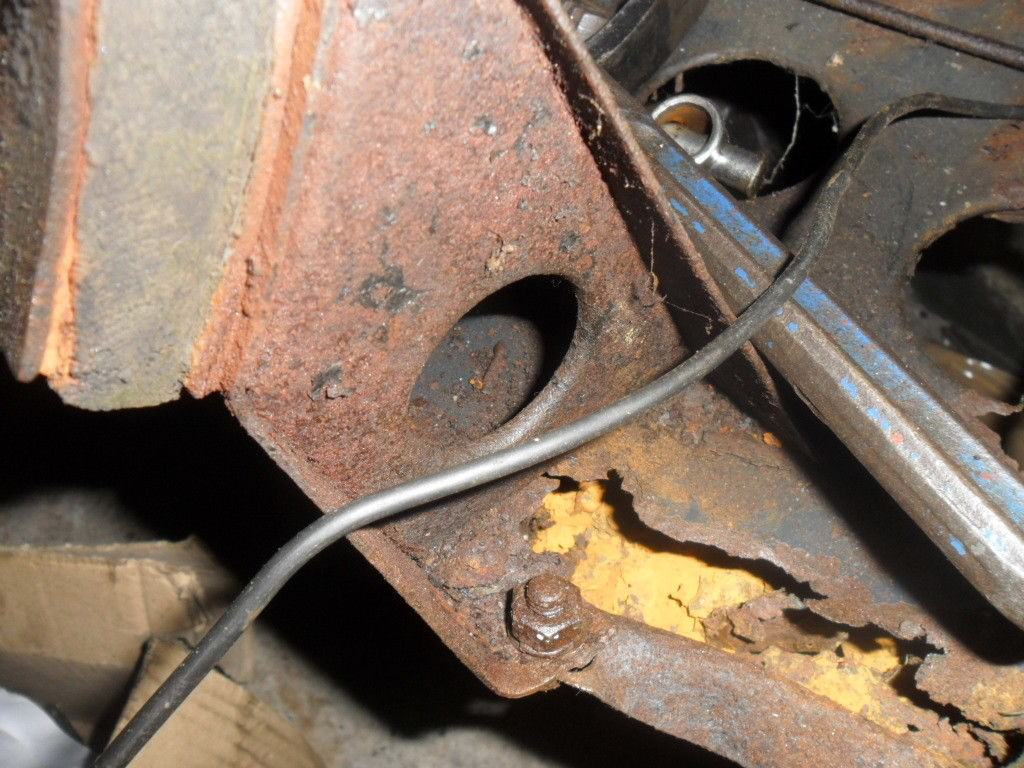 I suppose on the upside there is no evidence of previous bodges. (That is probably fairly remarkable in a 52 year old car). But there is a fair amount to make or find when you have holes that size to fix. 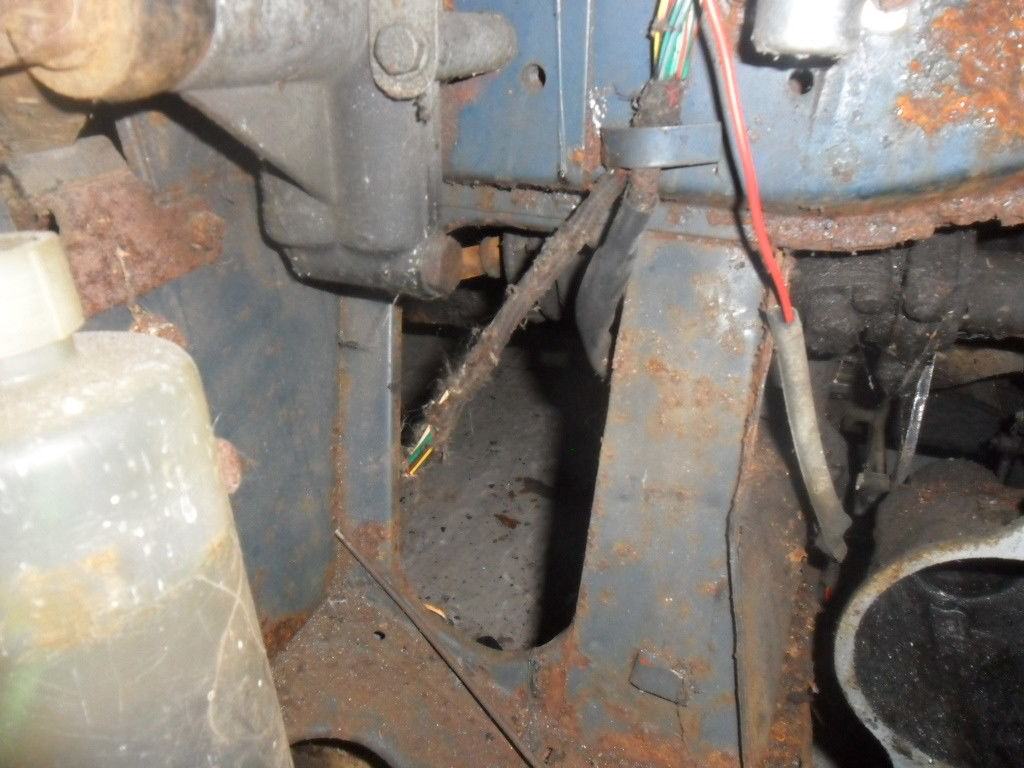 I assume this is also engine bay. In the foreground – washer bottle at the rear – gearbox bellhousing. Some of these sections look like they might not be perforated. They might stand cleaning up (unless that is my habitual over-optimism with rusty things). 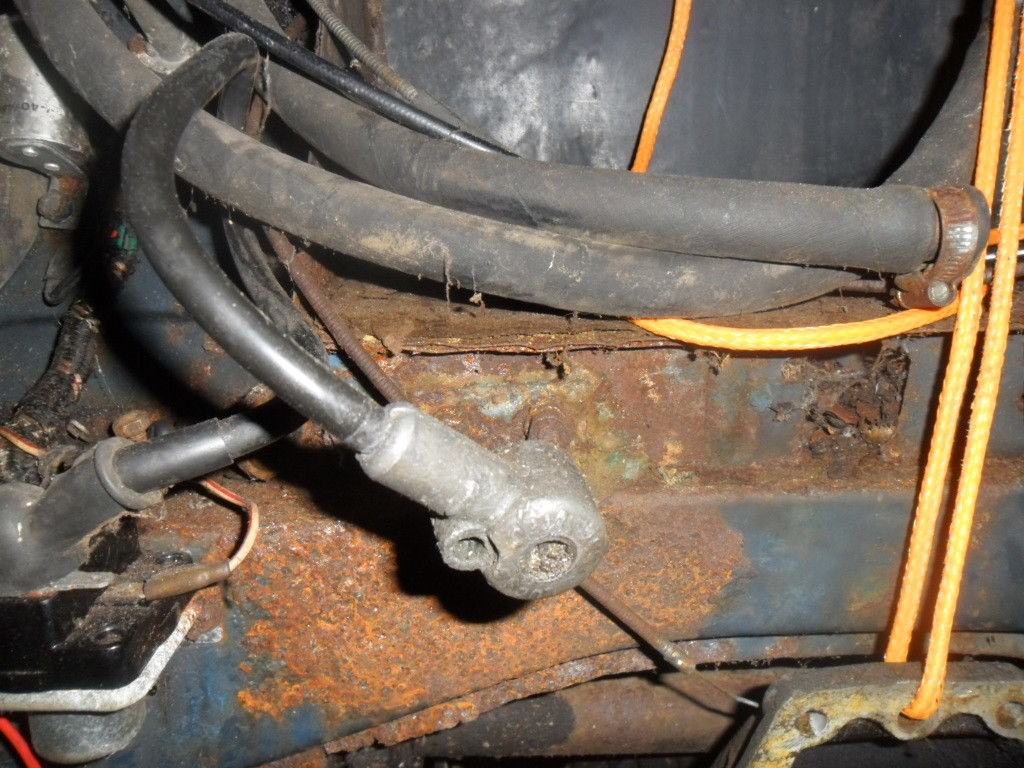 Given the presence of a battery terminal connector this is also engine bay and by the looks of it a close up shot of the chassis leg. This doesn’t look too bad as these things go. It may even tolerate cleaning up. 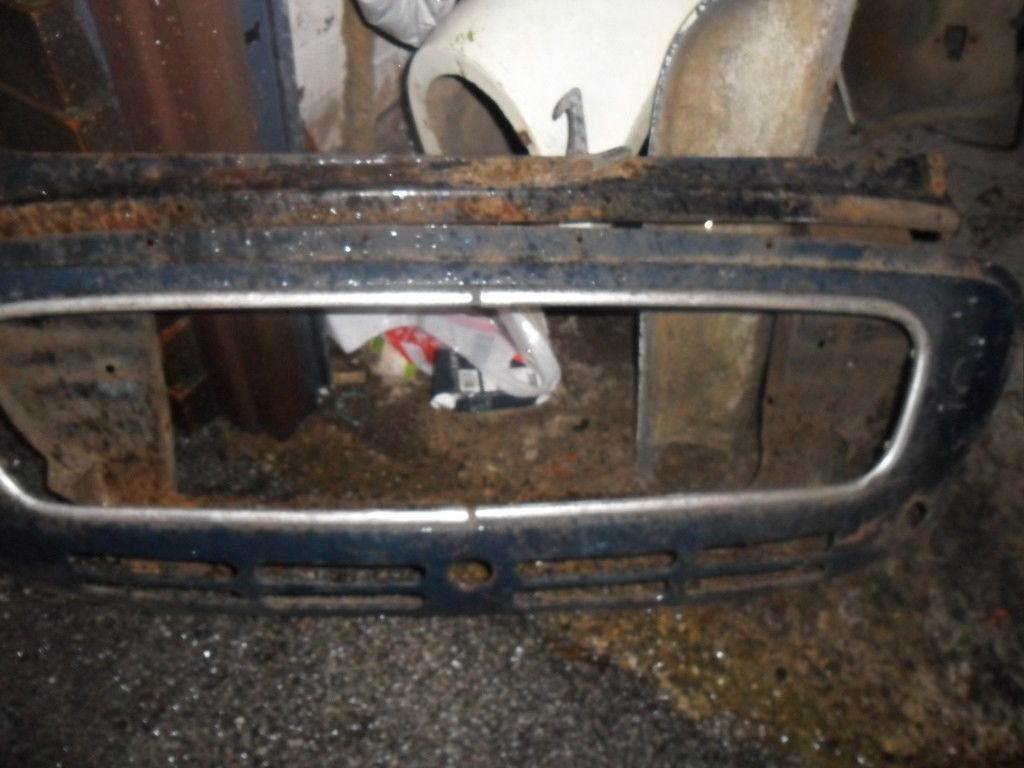 It looks like we are now starting to look at spares. This looks like a grill surround with a wing visible behind it. 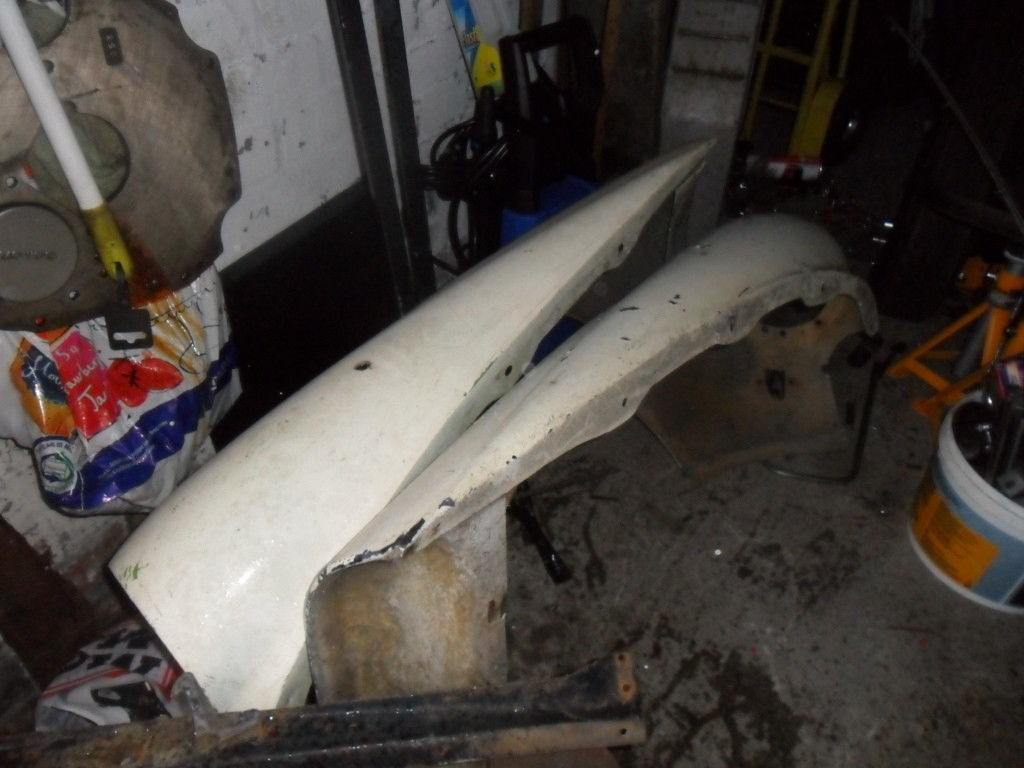 And here are those wings looking very intact in fact. Given he describes the wings as “fibreglass” this could well be why. 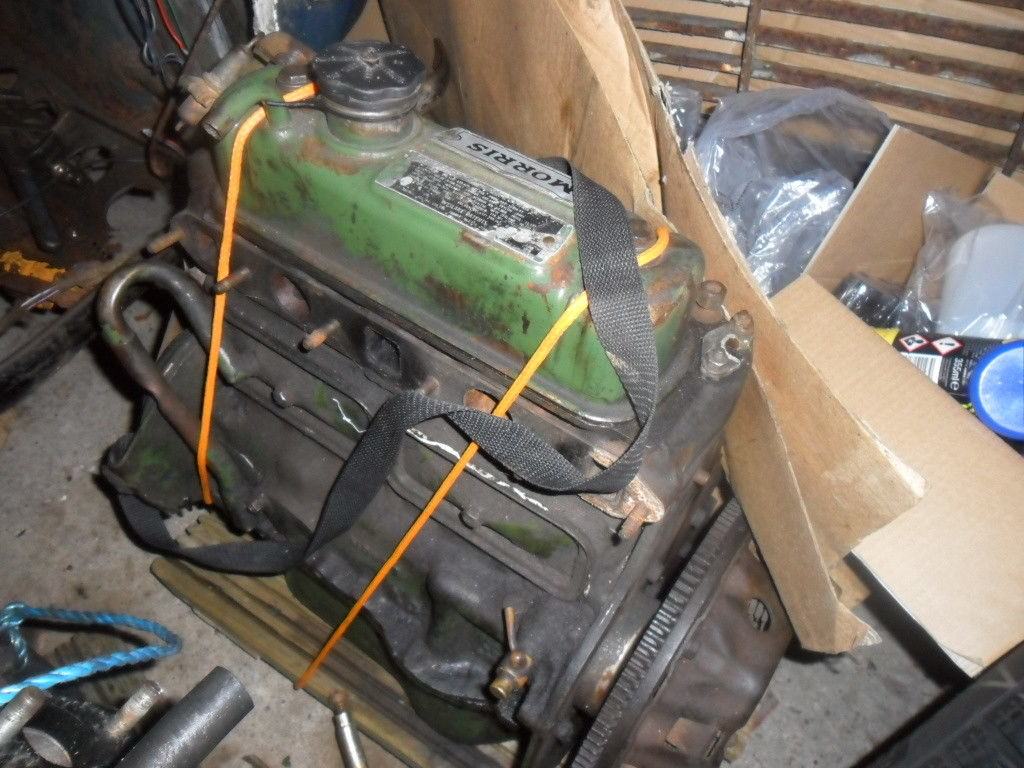 This looks like one of the engines he mentions. 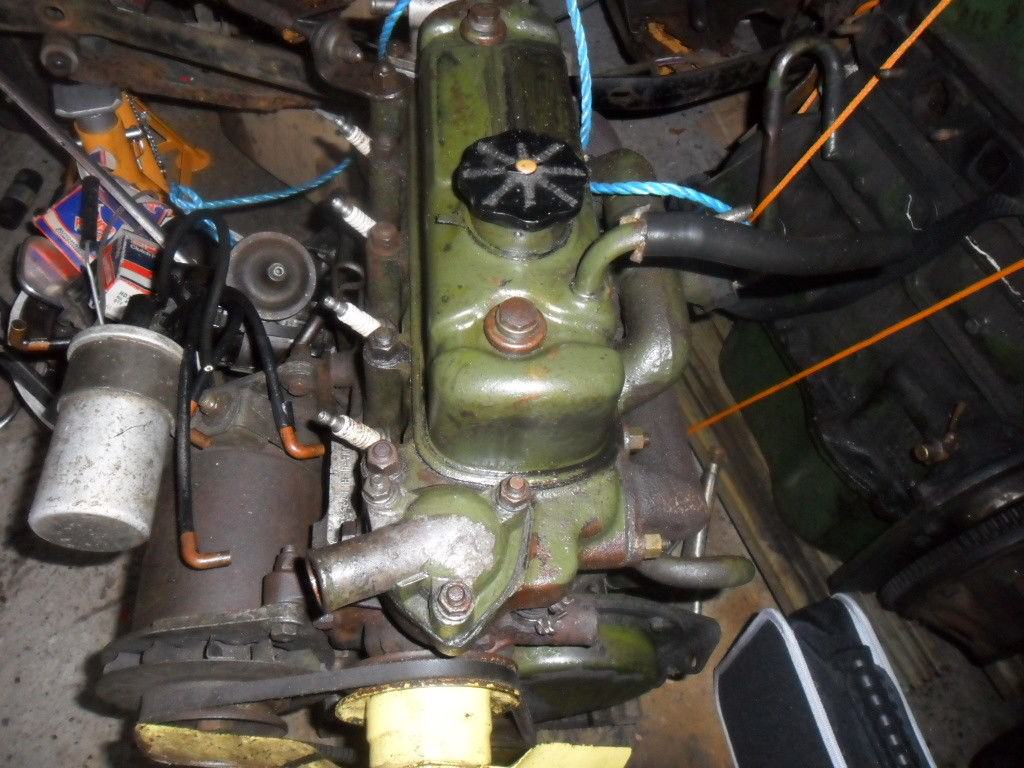 This looks like the other engine. (Although I’m not sure how to tell which engine is the higher capacity of the two). 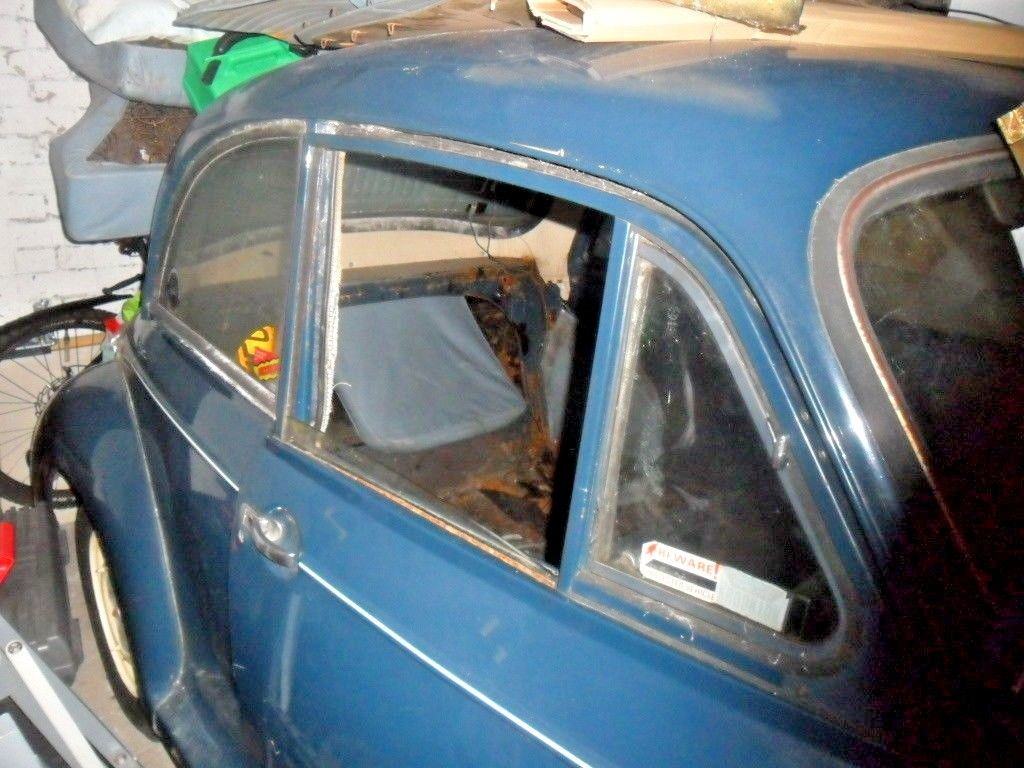 The only real shot of the actual car in its current state. There are some quite visible signs of rust through the window. Potentially much of the floor is also missing here.

There’s no doubting the work involved. However it does not look in the league of some of the cars we’ve seen. The difference here being the low values that these cars obviously attract in comparison to other cars of the same age.

I’m concerned that the seller states “I have tried to be as honest as I can”.

Surely as honest as feasible is absolutely honest? However he doesn’t pull any punches over his description: “it is a brave but very doable restoration”.

I guess anything is doable if you have the time, patience, skills and above all money to invest in it.

Sadly he is not well enough to complete the restoration himself having contracted throat cancer. I can imagine that an experience that difficult will be a life changing one. It is unlikely that when struck with cancer restoring a rusting car is at the forefront of your mind. We can hope that he has a full and successful recovery.

(We can also hope there is a brave Morris-orientated restorer out there. A restorer who has bought this car via a route that doesn’t involve the nation’s favourite auction site).

He states “I just don’t want to scrap it and resell all the parts”. This is laudable given that normally the parts are worth more than a car would sell for.

It doesn’t look like it has much history. He states that “I also have an original front section of a V5 when it was sold to another owner from 1995, but no other service history.”

That’s a shame I really love those stories of the years carefully cossetted (followed by the years of minimal cossetting).

Perhaps he got his way. He does state he would like to swap it for a motorhome. Still my experience of motorhomes is that they are quite good at holding their price.

The car may have sold elsewhere. In which case if the buyer does read this blog in the future please let us know how you got on.

Let’s hope that the seller is doing well and that somewhere this car has a restorer humming away in his/her workshop of choice.

(Unlike that site, which is about houses, this series of blogs is and will be all about corrosion).