A good character is key to your book. If you have poor characters there is nothing to rescue the book.

These tips come from a writing course and I’m hopeful will be useful in improving your characters.

“Nothing moves forward in a story except through conflict.”

(The principles of screenwriting by Robert McKee) Bookfinder 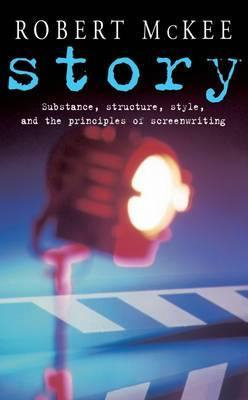 “‘Dimension’  is the least understood concept in character…Some years ago a producer pitched me what he believed to be a ^three-dimensional’ protagonist in these terms:   ‘Jesse just got out of prison, but while he was in the slammer he boned up on finance and investment,  so he’s a expert on stocks, bonds, and securities. He can also break dance. He’s got a black belt in karate and plays a mean jazz saxophone.’ His Vesse’ was a flat as a desktop – a cluster of traits stuck on a name. Decorating a protagonist with quirks does not open his character and draw empathy. Rather, eccentricities may close him off and keep us at a distance.

A favourite academic tenet argues that, instead,  fine characters are marked by one dominant trait. Macbeth’s ambition is frequently cited. Overwhelming ambition, it’s claimed, makes Macbeth great. This theory is dead wrong.  If Macbeth were merely ambitious, there’d be no play. He’d simply defeat the English and rule Scotland. Macbeth is a brilliantly realized character because of the contradiction between his ambition on the one hand and his guilt on the other. From this profound inner contradiction springs his passion, his complexity, his poetry.

Dimension means contradiction:  either within deep character (guilt-ridden ambition) or between characterization and deep character (a charming thief). These contradictions must be consistent.  It doesn’t add dimension to portray a guy as nice throughout the film, then in one scene have him kick a cat…

Dimensions fascinate; contradictions in nature or behaviour rivet the audience’s concentration. Therefore, the protagonist must be the most dimensional character in the cast to focus empathy on the star role.  If not, the Centre of Good decanters; the fictional universe flies apart; the audience loses balance.”

If your story is about the robbing of the bank – you still need to care about why the character is robbing it.

Plot led structures are found in crime, thriller, horror and where there is suspense in action.

Character led structures are found in romance, family drama and anywhere suspense is found in the character’s internal struggles.

You may not know what structure you’ve got until you’ve written your first draft. (Outlining in sufficient detail may help).

What is your characters main dilemma?

What is the most exciting action line or crisis or major discovery?

Does this serve to highlight your character’s dilemma?

Is your character’s dilemma rooted in their personality?

Normally there is one main protagonist.

This is the character whose story you are telling.

Aim to create a struggle within your character. Struggle reminds us that we are human.

Create a dimensional, real, character with their own wants and needs.

The outer goal is what they want recognisably to achieve.

The Inner goal is why they want or need to achieve those goals.

What is at stake if the character fails to achieve their goals?

What is stopping the character from reaching their goal?

The inner and outer goal should be linked. This is the basis for the reader’s engagement.

During the story the character “finds themselves” and this is the resolution.

There is a good questionnaire for this here https://www.helpingwritersbecomeauthors.com/interviewing-your-characters/

You should really know your character.

This is a slow process building up from small details.

Gradually build up the intimacy between them and the reader.

I was set a task of exploring a character and came up with the following which I hope you enjoy:

Cigarettes, how he hated getting the cigarettes.  Here he was in the “sad bastards” ten items or less queue at Tesco’s.  Everything in the basket evidence of his vegetarian “live healthier” lifestyle and then Gary has to ask for cigarettes.

Of course he could never say no to him.  One inkling of that cheeky smile and the lights went on inside.  He felt like some school girl giggly and shy.

If only the eczema would give up he might try to know him a bit more – hand cream it was a euphemism really.  Try “whole body cream” and you would be closer to the truth. The red-scaly patches could rage up at any time and cause him wakeful nights; his flagging will-power all he had to stop the damn scratching.

It was easier to stay awake – a bit more coffee, a chunk of Bourneville and a late night weepy.  He hoped the checkout assistant wouldn’t stare again – the patches on his cheeks were bad today – if only he could send out for shopping.

Still it was his only activity outside his self-imposed prison.  Exercise was the rowing machine and work was always by email and by telephone.

Hopefully the Soya would be enough for the lactose intolerance.  The doctor had said IBS – then he had said that in his opinion IBS was “all in the mind”.  Well he’d try the Soya and avoid the bloody doctor.

How could anyone fancy him like this, especially Gary?  He tried not to think of it, best not to cry just as he was handing over his clubcard.