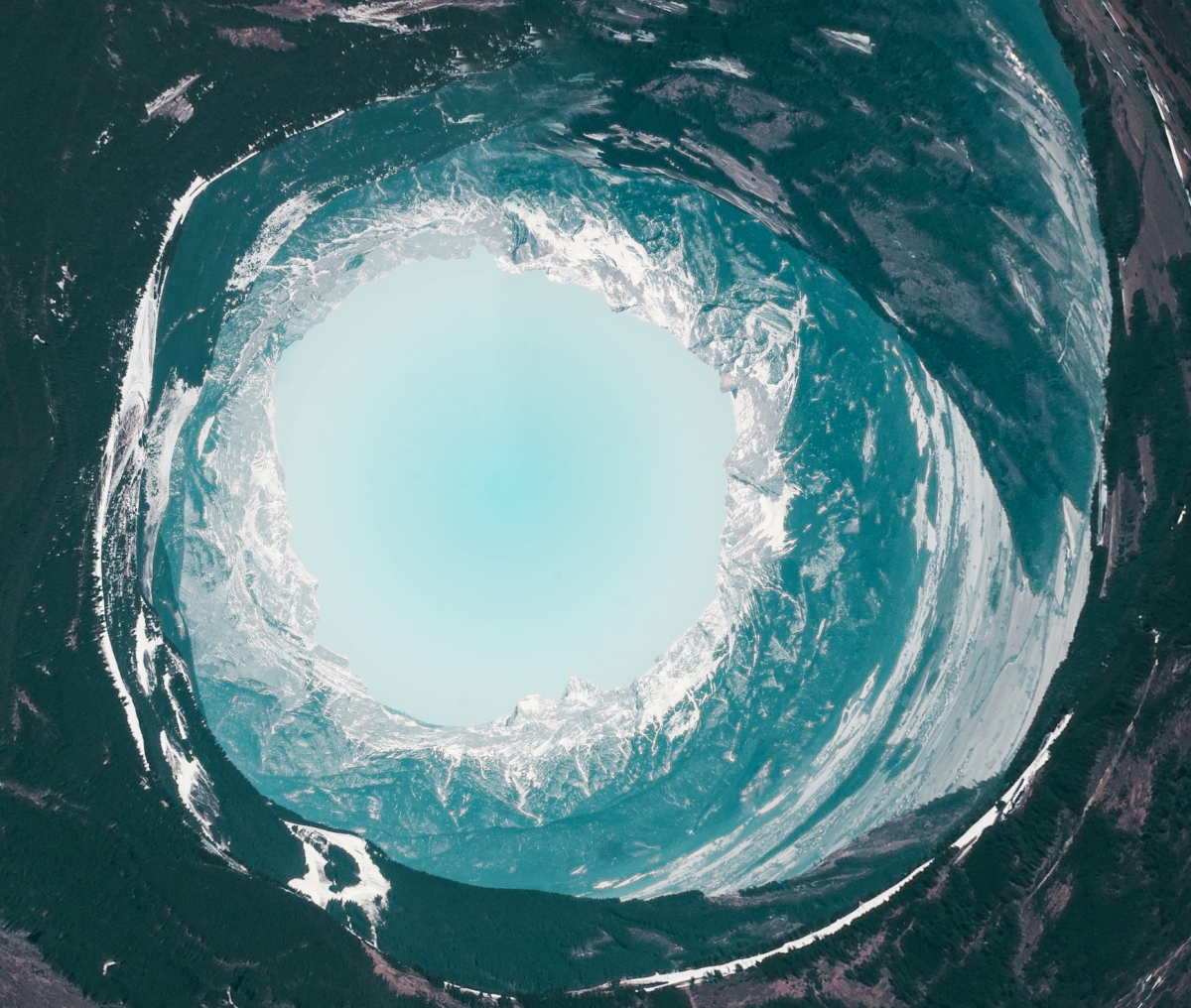 Here we have a story from one of my writing courses.

I don’t think this one was good enough to justify further appraisal.

So it is unlikely to be appearing anywhere but here.

This is in case someone out there likes it.

The old man gazed into the warmth of the dull orange glow. He placed another snow sprinkled log into the centre of the heat. He huddled with pleasure, listening, as if to a symphony. To the angry hiss of evaporated moisture turning to loud cracking as the log began to catch. The slow warming sounds were like the comfort of an old clock ticking.

I loved the fire, the small flames dancing as the new log took; followed by the sodium glare as the embers shined even brighter than the flame. Between the heat, I would emerge; into the ice. To chop the logs as the wind battered me and my old bones moaned their tiredness.

One day the ice would chill those bones as I lay voiceless in the snow and gentle death took me without complaint. In silence, I would go down into the ice and sleep there; but for a few hours more the flames would dance and warm me. The snow-covered logs would drip in a steady rhythm onto the basalt hearth.

I would draw up the chair, wrap tight my cardigan and toast myself. The Ice God howled in anger around the hut; because I continued to live.

The last log nestled in the fiery heat and I turned again to the door. Putting on old cardigans in layers – each matted and moth-eaten, then the great-coat which wrapped them all like a spider’s cocoon of soft brown wool. Each arm sticking out like two skinny twigs poked into the side of a hastily constructed snowman, no longer able to rest wearily by my side.

It was vital I go outside fast; to sweat now would bring frostbitten death. I swung back the battered door and the first icy blast hit me immediately. A torrent of snow decorated the grey flags as I wrestled the sail-like door back into its frame. Already my face was tight beneath the shabby scarf – the Ice God sucked at my warmth – feeding on it, nourishing itself. I could feel my strength falter.

I knelt to the long axe. I pulled hard till I heard it part with a loud crack from the post against which I had laid it scant hours before. I clambered up to the stump, here were snow-buried boughs glistening in invitation.

The axe felt so heavy as I raised it high and swung. With each impact, a breath-cloud of ice gasped through gritted teeth. The Ice God settled around me. It was drinking my heat, prodding at cardigan insulation, flurrying past cold-glazed eyes.

Another heave and a shotgun snap echoed the parting of the ice-hardened bough. The blizzard’s ferocity heightened as The Ice God toyed with me, pestering me; like a cat with a dying mouse.

I stumbled; using the axe as a support; righted myself once more; my knees creaking their protest. My numbed mind begging, “rest, please rest.” I hadn’t realised how quickly The Ice God would beat me.

I wrenched the leaden axe down one last time and ice crystals scattered like sparks. At last, the bag was full. I hung its old rope handle around me like a harness and heaved. The dead weight inched forward across the slippery ground. It gained momentum as The Ice God taunted and abused me. The wind was shrieking with anger. It battered me with airborne ice particles and compressed snow peppering me as I hunched against the load.

There was no feeling in my toes; I knew that the numbness was not good; I needed to be inside now; but I would need all this wood.

I raised my right leg again – so dead weary and pushed it down assisted by my right hand. The sack slipped forwards a few inches and then gradually a few feet as I staggered, desperate.

I must not leave it here – it would freeze immovable in minutes. The doorway seemed so distant as if at the end of a long tunnel of ice and wind. I tottered again, then straining and screaming kept pulling. Fighting tiredness; battling pain I progressed. Till panting, exhausted, I collapsed inside the door.

No time for resting. I pulled myself around on my knees and dragged the wood inward; wedging the door closed behind me. It had swallowed every ounce of warmth. The small fire glinted feebly. I closed my ice-decorated lids in gratitude.

Outside the storm’s fury renewed as the ice dwindled from my eyes and consciousness returned – I must get up.

I dragged a log from the top of the sack – too exhausted still to lift it. I wedged it close beside the flame and blew gently on it, encouraging its strength, willing it to take. Till the hungry cracking noise told me the log would ignite and today I would not die.

Swiftly I pulled off the layers of gloves and then the boots. I unwrapped the cloths around my feet; massaging my angry toes, I sighed relief – nothing dead thank God. I’d avoided frostbite this time.

The shining steel of the kitchen knife sufficed to enable me to look for ice patches on my face. How old I looked already. I was lucky, this time; no real damage; I’d been too slow.

The blade ‘mirror’ revealed my whiteness, the cold lines where my face puckered. I had aged so and in such a short time. If the ice didn’t kill me the aging would – it wasn’t long now. I would welcome it when the time came. A rest from constant battle with the cold death; no one lasted for any length of time.

In the beginning, I’d resolved to record the days. James had carved a record in the chopping board. I burned it as soon as I’d found it.

Now, all that was important was the fire; it entranced me. I needed the fire; to feed it constantly and care for it lovingly like a child.

There was no time for records or writing; just the preparation to meet The Ice God again; always too soon.

Curled up in the snow they had found James, petrified by the chill. All the warmth drained from him. As if a vampire of heat had visited.

The Ice God was remorseless; no heat would be enough to satisfy him. Survival meant good insulation; a big fire and the will to keep alive; but how long and what for?

The end was near and I was glad. The fight nearly ended and it did not scare me as much as I had thought it would. The ice would turn my pale skin blue and the fear would finally disappear from my mind.

I pulled the damp clothes closer to the fire and watched them steam. I looked at the sack with concern; the wood was going fast.

I had known I was destined to die. I had borne it with pride, rebellion, and eventually acceptance. I had less time than most. Then James arrived, fearful, distrusting, young.

When one morning he wasn’t there any longer – there had been no farewells and no tears – no time. James had lasted five days.

They had dragged him out scrunched over – foetal in the snow.

The tiny flame licked slowly over the grey bark then took grip. Hungrily gnawing at the log till blackened, it started to smoke.

Some of that old rebellion was still living inside me – the stubbornness that sustained me in the long wait for punishment. Now it was almost over.

I pulled on the thickest socks. I wrapped around myself the clothing that I could uncover from all corners of the hut.

Now I appeared a great meatball of rag and thread.

I looked back briefly and imagined James here in the last moments; in the moments, I now found myself in. I threw back the door and emerged as rapidly as I was able – now barely more than a walk.

I snatched the axe and headed onwards into the snow. The wind struck with such force that I almost fell back – the draining cold pulling the strength from me. I shuddered, squared my aching shoulders then forged onwards.

The energy jumped and snapped; growing louder as I advanced. As the final strength pulled out of me, I fell forwards, buckling at the knees.

As I raised myself enough to lift the axe, The Ice God fell silent. I flailed forwards and a noise like a swarm of angry bees and a snap as the conduit earthed.

The old man fell forwards silently into the snow. The wind blew the snow politely from around the dead man’s face. Then it moved forwards beyond its cage.

The Ice God was free.